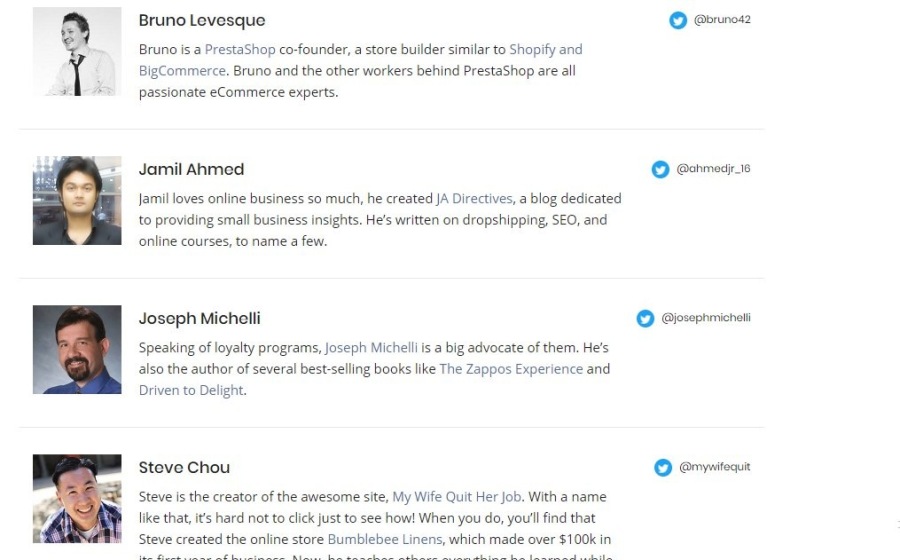 Do you want to dropship products, or purchase them at wholesale prices and resell them?

We’ve done some serious research and found all the best influencers you should be following. The advice you’ll get from these people is like getting a mini MBA in online selling!

In no particular order, here are the online sales influencers you should be following:

Marsha is the creator of Cool eBay Tools, a site dedicated to helping you learn how to sell on eBay. She also hosts a Twitter chat every Tuesday at 9PM EST, which you can join using the hashtag #CustServ.

Marsha has literally written the book on eBay sales. In fact, she’s written over 50 books about eBay and online selling in the popular “For Dummies” series!

Pat ran an ecommerce store as his first business, and loved it. After running his own successful online business, he created a blog and even a podcast named Smart Passive Income, which is all about making passive income working online (including tips on dropshipping and general eCommerce).

If you’re not a master at eCommerce marketing, you will be by the end of this list. Bryan runs a marketing blog at his website, bryaneisenberg.com. He’s also a professional speaker, author, and eCommerce coach.

Tobi is the esteemed CEO of Shopify, the current number one eCommerce platform. With a profile picture like that one, how can you not listen to what he has to say?

With a nickname like “eCommerce Boy”, Armando has to know something about online sales! While he’s a hired gun and eCommerce consultant, you can also follow him on Twitter to get a bit of insight into his thoughts.

Richard is a former Shopify employee and the founder of A Better Lemonade Stand, which “exists to inspire, educate, and support entrepreneurs like you, in the early stages of your entrepreneurial journey.”

You’ll not only learn about how to start and grow an online business from Richard, but also a thing or two about design, as his site is gorgeous!

Linda is an eCommerce Advisor and the founder of Edgacent, a site that pairs you with other eCommerce advisors to grow your online store.

If you’ve been selling stuff online for any amount of time, you’ve likely heard Felix’s name before. He’s the mastermind behind the Shopify Masters podcast and the creator of Traffic and Sales, a blog all about, well, getting traffic and sales!

Vegan skateboarder and the founder of eCommerce Paradise, Trevor is the perfect role model if you’re looking to start an online business and travel while you do it. He and his wife, Juliana, spend their days traveling around Southeast Asia while they run their dream business.

Speaking of Magento, Roy Rubin is its co-founder and former CEO. When he’s not talking about eCommerce or investing, you can find him advising companies and hanging out on Twitter.

Graham is the editor in chief for Salecycle, a visually appealing blog covering eCommerce. He also occasionally tweets about dropshipping, wholesaling, and printing 3D cat armor.

Ashley founded eConsultancy, one of the world’s most well-known eCommerce and digital marketing blogs. When he’s not tweeting about breaking insight from the digital world, he’s connecting businesses with the best freelancers and eCommerce consultants.

Ben is a huge Magento evangelist. He runs a blog all about Magento at BHmarks.com.

Andrew is like the dropshipping master. He’s the founder of eCommerce Fuel, where he teaches his expertise around eCommerce to anyone willing to listen. If you’re more of an audio kind of person, Andrew also runs the eCommerce Fuel Podcast.

Maneesh (the guy on the right - the one on the left is Daymond John from Shark Tank) is the founder of Pavlok, a productivity enhancing wristband that shocks you whenever you start slacking off. He’s also written multiple guides to dropshipping on his site, Hack The System.

Robert is the VP of marketing at Ship Station, a platform built to help eCommerce brands “Get ship done”. With their software, you can import, manage and ship your orders.

Corey used Alibaba to import and resell products from China, one of the oldest and most well-known dropshipping methods. He’s currently running marketing for Shopify.

Bruno is a PrestaShop co-founder, a store builder similar to Shopify and BigCommerce. Bruno and the other workers behind PrestaShop are all passionate eCommerce experts.

Jamil loves online business so much, he created JA Directives, a blog dedicated to providing small business insights. He’s written on dropshipping, SEO, and online courses, to name a few 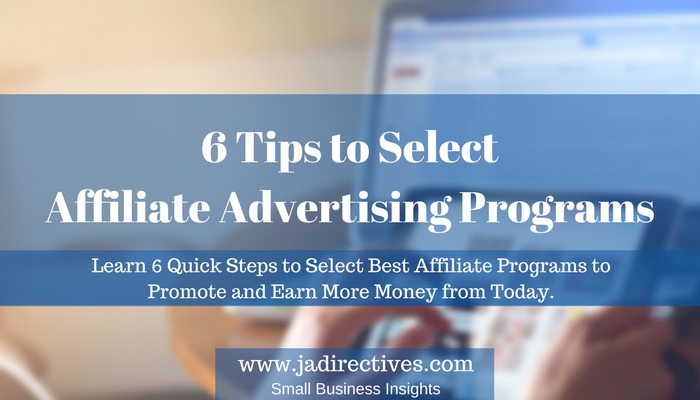 If you are new to select Affiliate Advertising Pro ... 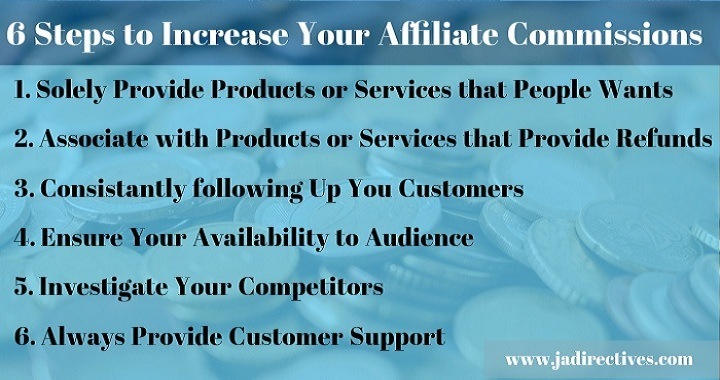 6 Steps to Increase Your Affiliate Commissions

Do you want to increase your Affiliate Commissions ... 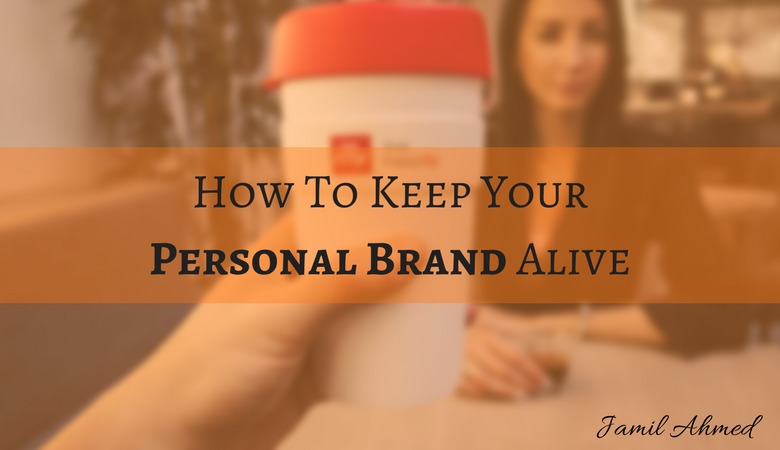 How To Keep Your Personal Brand Alive

Why do we water our plants? It is because we want ...